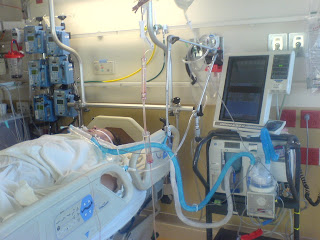 This week in Michigan I felt that the Bullock family was settling in quite nicely. Rosie started school at Allen Elementary, and her teacher is wonderful (and also the wife of regional pilot, with whom I can commiserate) Taylor was off Sunday night-Thursday morning…and I finally had some wholesome, consistent alone-time with him. We went on a day-date (On the Border and “Juno”), did some furniture shopping, went for drives around the area to get acquainted with greater Canton/Plymouth/Westland/ Northville/Livonia area. We set up bank accounts, auto and renters insurance policies, and other necessities after a move. We’ve been reeling in generosity of the Pearce family and their lovely home. I started my Quantitative Reasoning, Statistics, and Critical Thinking classes. I felt like things were settling down…as much as they could for not actually moving into our apartment yet. Until Friday night.

I received a call from my mom. My dad, David, had been in a pretty serious rollover accident near Fillmore on the way back from a work trip to St. George. He’s an audio/visual engineer with the LDS Church, coming back from equipment upgrades on the Temple and Visitors Center. He was with two other coworkers, Bruce and Nathan, in the back seat of a van (we still aren’t sure if it was a minivan or large 15-passenger van), with lots of heavy A/V equipment that was being transported back to Church Headquarters. I haven’t gotten the full story, but here’s what I’ve pieced together.

Around 1:30 PM, Friday January 11, Bruce dozed off while driving, pretty close to the Meadow/Kanosh exit on I-15. He was startled awake by the sound of the caution grooves on the freeway, and overcorrected right when my dad yelled out his name. There was a slight hill down which the van flew over and tumbled a few times, and landed on the other side of the frontage road. Matt, a passing motorist from CA on his way to Provo for his daughter’s wedding, saw the accident and was the second person on the scene. I’ve talked with Matt a few times, and this is what he explained to me:

The van was very well crushed and totaled. It had flipped and flown three or four times. Matt saw David’s rear end was hanging out the side window of the crushed, upside-down van. It looked like he was crawling in with his left leg squashed under his body. Matt saw that the seatbelt was still attached, so he found a knife and cut him out of the seatbelt to relieve the pressure. Matt and some of the other motorists who stopped to help, set out some blankets, clothes, and other items so David could be laid out on the ground without getting cold and snowy. He was fully conscious through the whole ordeal. They administered consecrated oil and gave him a priesthood blessing.

The paramedics arrived and started triaging and treating David. Nathan was freed from the car fairly easily, and walked away with some minor cuts and abrasions on his forearm and elbow. Bruce was crumpled, not crushed, in the debris of the van and required the Jaws ‘o Life to free him. He sustained some lacerations and contusions to the face, and was patched up within a few hours at Fillmore Hospital. My dad was taken by ambulance to Fillmore Hospital, where they diagnosed a pelvic fracture and a completely dislocated knee that had stopped adequate bloodflow to his leg (below the knee). Two hours post-impact, they decided that his condition was way too serious and he’d need to be LifeFlight’ed to Intermountain Medical Center in Murray.

For those who read this blog, and don’t know David….he’s no lightweight! My guess is that he’s somewhere around 6’2″ and 320 pounds. Due to weather conditions and the weight and balance on the helicopter, they were unable to chopper him to Murray. They loaded him on a fixed-wing LifeFlight plane, and flew him to Salt Lake International Airport. Then they took him (via helicopter) to IMC. Within an hour of arrival, my dad was taken in for an 8 hour surgery with a vascular surgeon, orthopedic surgeon, and general surgeon.

The pelvic fracture was on the wing of the pelvis, which is a non-essential area for bodily movement, and did not require surgical intervention. He had a pretty massive open wound over the pelvic fracture from the seatbelt, which they cleaned up and took care of. The main concern was his knee and lower leg. In addition to the dislocation/fracture of the knee, he had a significant crush injury to the leg. A saphenous vein graft from his right leg was required to restore bloodflow to his left leg. An external fixator was installed on my dad’s lower leg, which elevates the open-wounded leg for drainage. After just over 8 hours in the OR, he was moved to the Thoracic ICU.

By the time I got the call, Taylor was into the 2nd day of his 4-day trip, so I decided to take Rosie out to SLC on the first flight of the morning. After 4 hours of sleep, we woke up at 4:00 am and drove to the airport. The layover in Minneapolis and flight to SLC was pretty uneventful. I knew that Rosie wouldn’t be able to go into the ICU, so I arranged for her to stay with the Lewis’ family while I stood vigil at the hospital. My mom and Jacob had stayed overnight through the whole surgery until 6 am, and were sleeping, so my job was to be on call for questions and support at the hospital. After taking about 6 condition-calls at my parents’ house, I drove over to IMC. The IMC Campus is huge, and I was a little confused because I’d been told he was going to be transferred to Shock-Trauma ICU. After about 15 minutes of going from nurse station to nurse station with no luck (his trauma alias was ZZZIM, ZITI for some reason) I found a doctor who has been briefed on his condition and he showed me where to go.

When I walked into S204, I couldn’t believe how swollen and bruised up he was. His neck had swelled so much that it was bigger than his head, but even his ears, eyes, nose, and tongue were swollen. He was sedated on Versed and intubaed. The most gruesome sight was his leg, itself. It was covered in bandages and elevated, but was soaked in blood and fluids from the open wound (to help reduce swelling and edema). Thana, his ICU nurse, was absolutely wonderful. I spent 5 hours with her, as she kept tabs on his vitals, dopplered his feet to verify adequate bloodflow, infused more units of blood, checked labs, glycerine-swabbed his mouth to keep it moist, and other nursing functions. She and I got along really well, and she designated me as the family spokesperson to give updates to anyone who called the ICU with the privacy code. Throughout the afternoon, Mary, Grant, Julie (his sister), Grandpa Jack, Mom, and Bishop France visited him. He was given another priesthood blessing by Jack and Patriarch Sheffield, and was guaranteed a full recovery.

I spoke to all three surgeons over the course of the day. The vascular surgeon said that this was one of the most difficult surgeries he’s ever done because my dad’s calf was so large. We joke about our “Watson Cankles”…our giant calves and ankles that have no end. The swelling made his calf about the size of a volleyball, and he had to use his deepest instruments. The maneuverability within the leg was darn-near impossible to operate quickly, and the surgery lasted over 8 hours. Unfortunately, from the time of impact to bloodflow restoration was just over 9 hours…and normal function of the leg is only guaranteed within 6-8 hours of blood deficit The orthopedic surgeon said the health of his muscles and nerves will take a few weeks to determine, and he will likely have permanent nerve damage. He could have partial or full muscle loss, which could require amputation. The general surgeon said she’ll be rounding once or twice daily to make sure that his other vital systems are functioning normal (i.e. respiratory, urinary, cardiovascular, etc)

For a while, the respiratory therapist tried to wean him from the ventilator to see if he would breathe on his own, but he coughed and gagged irregularly, and it was clear that he would still need to be intubated for a while. We were told that due to the pain medication and sedation, it was necessary to keep him on the vent while his body healed, because he wouldn’t be able to adequately breathe on his own (due to trauma and existing asthma and sleep apnea). His Versed dose was weaned from 10 to 2 while I was there, and for part of the early evening he was responding to stimuli. The first response made me laugh…I asked him if he knew that 3 of his 4 favorite girls were next to him, and he smirked and shrugged his shoulders. A few times he tried to open his eyes, but his eyelids were swollen shut and purple, and his eyeballs were completely red. He loved it when I scratched his head, and would lean into it a little. He grabbed my hand a few times, but didn’t have much grip (from a bandaged hand with a chunk of flesh missing).

I stayed at the hospital from about 1:30 PM to 6:00 (at shift change) and went back from 8:15 to 10:30 MT. I had been up for 21 hours, after only 4 the night before, so I headed back to Chez Watson and slept on the couch. I will probably go back again this morning around 8, stay till 10:45, go to sacrament meeting at 11, then come back to his bedside. I’d originally planned to fly back to Detroit this afternoon, but in my priesthood blessing from Grant, I felt that the family needs me here for a few more days. I’ll have to play it by ear.

Any prayers or positive vibes through the universe would be muchly appreciated. I’ll try to keep updates on my blog everytime I’m back home by my computer. You can call my cell for updates also.