Some people’s heroes are religious, political, historical, or celebrity. But some of the most influential heroes are those that directly impact your life. In my life, my hero is my father, David Eugene Watson. 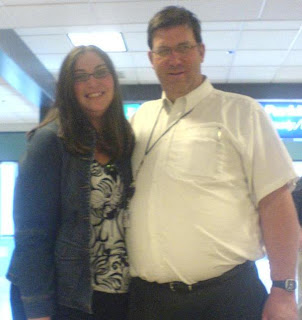 Dad and I have always been very close. He is full of love, guidance, humor, and spirituality. I love to spend time with my parents, and it’s been hard to move further than 20 minutes away from Murray. This picture of us was taken in April 2007 at the SLC airport. He was kind enough to bring my beloved Cafe Rio pork barbacoa salad to the airport on my 2 hour layover so we could chat. It was really hard on him when I moved away from Utah. Little did I know that when I moved to Michigan, I’d be seeing him more than ever… 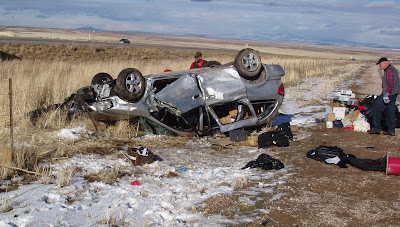 On January 11, 2008, my dad was returning to Salt Lake from St. George in a van with some of his coworkers in the LDS Church Audiovisual Engineering Department. In central Utah, near Fillmore, the driver of the van overcorrected and the van tumbled off I-15 and rolled several times through a field. The driver sustained a shoulder injury and needed some plastic surgery from the shattered glass. The front passenger had minor cuts and bruises. My father was nearly killed from the impact of the crash and subsequent rolling. He had a giant abdominal gash from the seatbelt, a lung injury, major contusions all over his body, and his legs were crushed under the weight of his body, particularly his left leg. He was briefly taken to Fillmore Hospital, and soon LifeFlighted to Salt Lake City and rushed by ambulance to Intermountain Medical Center in Murray. My mom alerted me of the accident that evening, less than a week after arriving in Michigan. Rosie and I packed up our bags and took the earliest available flight to SLC. Once I arrived, I was appointed as the family representative to talk to all the surgeons, doctors, nurses, respiratory techs, and hospital workers…and then relay the information to my family. 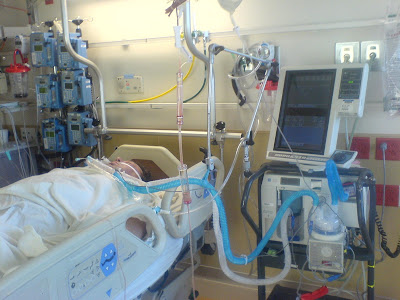 His first surgery was overnight with an orthopedic surgeon, vascular surgeon, and general surgeon. They did a saphenous vein graft from his other leg to restore bloodflow to his crushed leg. After nine hours, they were able to restore bloodflow to the left leg. However, his body was in shock and had endured so much trauma that he was medicated into a chemically-induced coma. 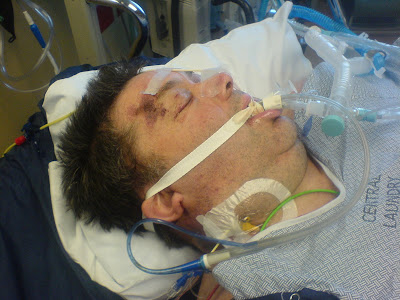 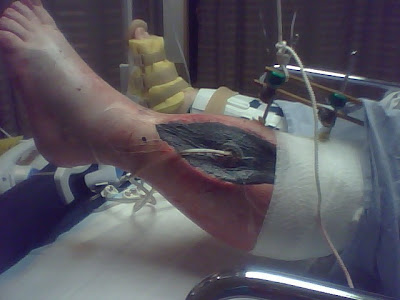 Over the next few days, several more surgeries were required. Unfortunately, the trauma of the crush wound was too severe and his left leg was amputated. It was originally expected to be amputated just below the knee, but the necrosis had spread further up, and the amputation was done at mid-thigh. 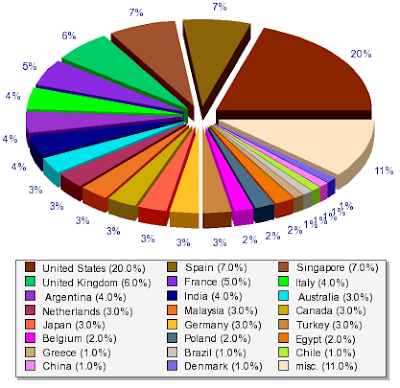 In order to keep friends and family informed, I started a blog for his health updates. News of my dad’s accident spread like wildfire, even internationally. We were the recipient of thousands of prayers, hundreds of service hours, and dozens of meals and cards. To date, there have been over 8,000 visitors to his blog. 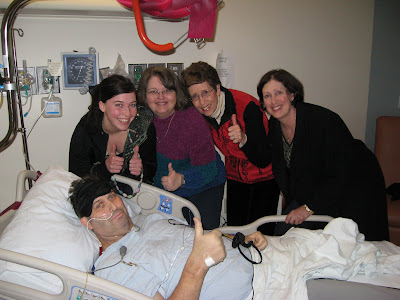 Throughout the next two weeks after the surgery, his condition improved. He was doted on by many loving people, in addition to the wonderful staff at IMC. On my 28th birthday, February 5th, dad “graduated” from IMC and was transferred to Aspen Ridge Transitional Rehab. This would become his home for the next four months. 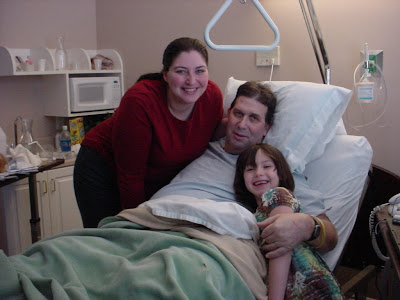 Rosie and I traveled back and forth from Detroit as much as possible to encourage him through his recovery. It was difficult to be away from him all the time, but a blessing to have our pass benefits to travel to SLC for free whenever we needed to. 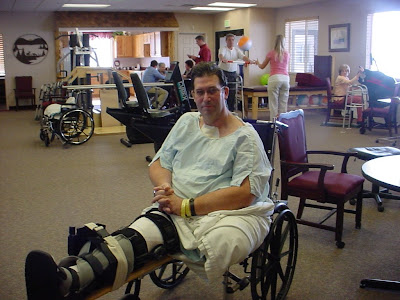 Dad made incredible progress at Aspen Ridge. He had hundreds of hours of physical, speech, and occupational therapy. 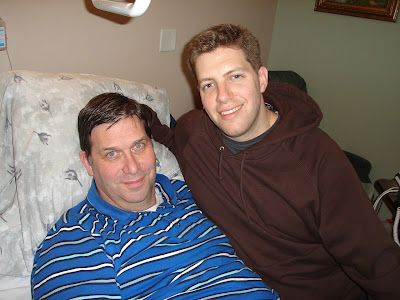 Taylor loved to fly out to SLC as often as possible to be my dad’s right hand man. There’s a saying about girls wanting to marry men like their fathers…let’s just say they get along amazingly. 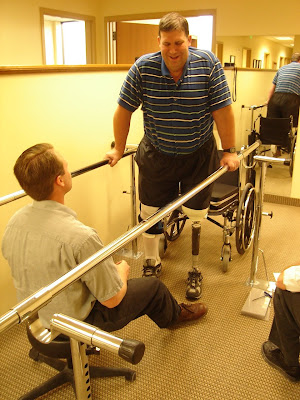 Dad was fitted with a prosthetic C-Leg, and spent the majority of his physical therapy time adjusting to the function of the prosthetic. Unfortunately, his right leg had sustained more damage from the accident than originally anticipated, so he spends the majority of time getting around in his wheelchair. 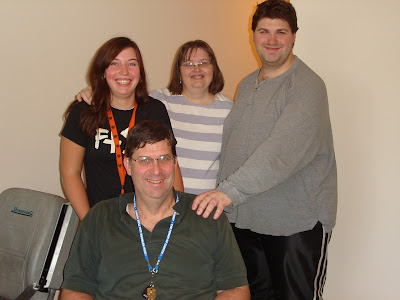 In June, Dad graduated from Aspen Ridge, and my family moved an apartment in downtown Salt Lake. It became their home for the next six months. Dad was fitted with hand controls on the van, and was able to start driving and returning to work. 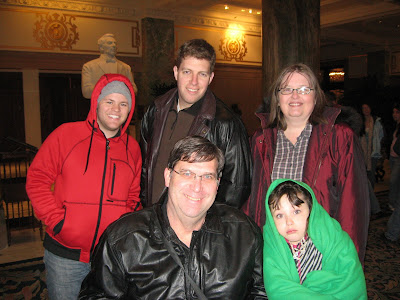 This picture was taken on my last trip at Christmas at the Joseph Smith Memorial Building, just one week before they moved out of the apartment and into a new home in Lehi. It was a great night, going around to see the lights at Temple Square as a family. It amazed me that I was able to visit him 9 times in 2008, when I’d originally expected to see him every 3-4 months. Hopefully his recovery will continue, and he’ll be up for a visit our new home in Atlanta!

He still has a hard road ahead of him, but I am amazed at the progress he’s made in the last year. He has kept his sweet soul and has not allowed the tragedy that he faced to ruin his spirit. He was been an inspiration to many, and I’m so lucky that I can’t claim him as my own father.