Janet, Rosie and I spent Saturday sightseeing around Dallas. After breakfast, we left the boonies to go back into the city. We met up with Rosie’s aunt and uncle, Julie and Mikal, at the Dallas Galleria. She hadn’t seen them in years, and they showered her with gifts and attention. 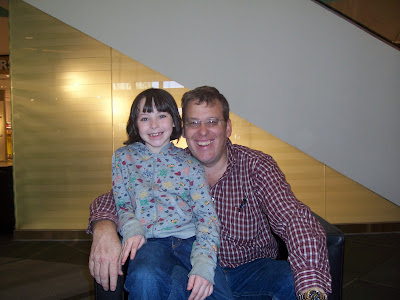 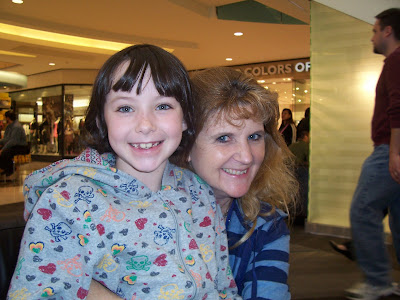 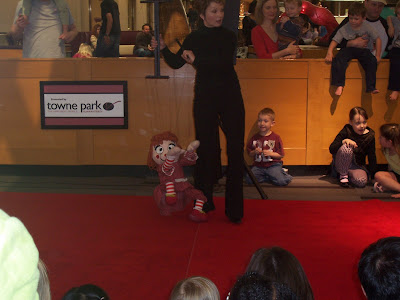 There was a marionette show that we watched in the mall. Nothing like seeing puppets moonwalk to “Thriller.” 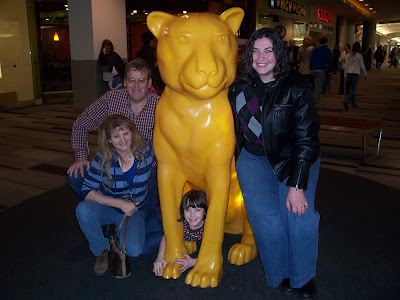 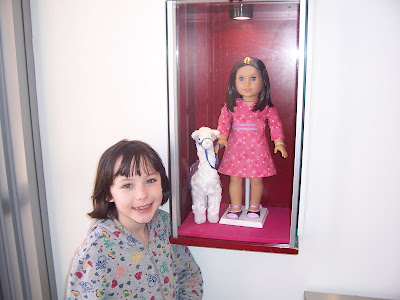 The Galleria Mall had an AmericanGirl Doll Superstore. We had fun figuring out which dolls looked most like each of us. 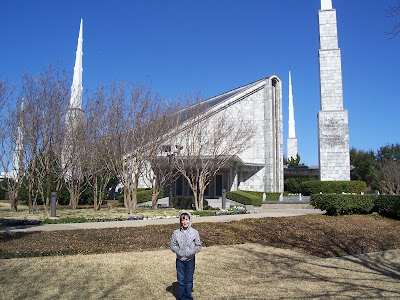 After the mall, we took pictures at the DallsTemple. It was the last place I could take pictures with my real camera because my memory card was full and the batteries died. The rest of the pictures for the trip were taken on my cell phone. We had a gigantic Texas-sized meal at On The Border Mexican grill: virgin daquiris, queso appetizer, entrees, and dessert. We ate so much, six hours later we were still so full that we couldn’t go to Babe’s Chicken. Sad…I was looking forward to it. 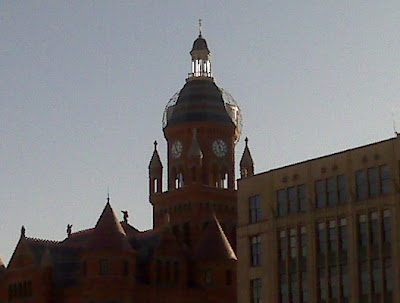 In the afternoon, we met up with Janet’s husband Jon to tour Dallas proper. I was so proud of this cool picture with the Reunion Tower in the background. 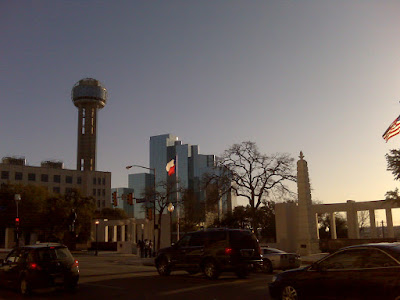 We walked around the “grassy knoll” area where JFK was assassinated, and walked to his monument. The Mardi Gras celebration was beginning, and some more questionable characters started streaming into the city, so we left just before the parade began. 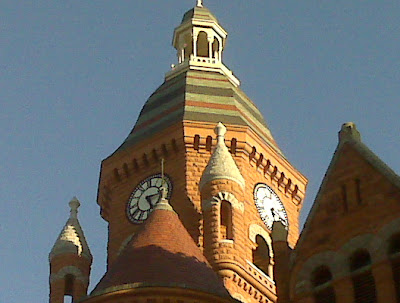 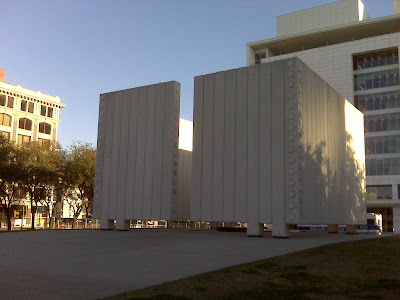 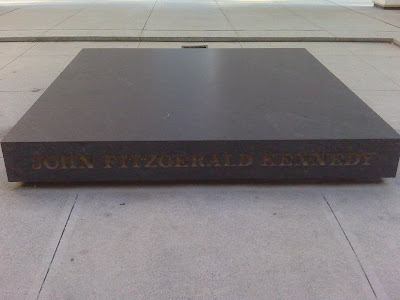 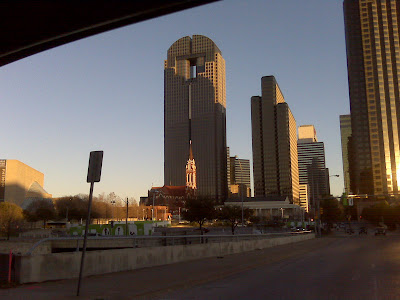 In the evening, we went back to their house to play Rockband and watch The Mummy 3. The flight loads were pretty iffy for Sunday, so we bedded down early to take me to the airport at 5:00 am.