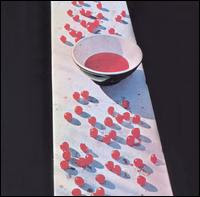 If I am ever accused of having an affair, it will be having a love affair with a music album. Luckily, this “affair” can be shared with my husband, as he is also a music aficionado. Our first date was spent reviewing the highlights of our CD collections, concerts we’d attended, and lyrics to songs that best described ourselves. All through the time we dated, he made me a weekly love song mix CD, which I still treasure all. When we married, and our music libraries melded…it was almost a joke how many common albums we had.

A while back, I posted a blog about the 25 music albums that have had a profound effect on my life. My top two bands of all time are The Beatles and U2, although I consider myself a fan of hundreds of musical groups (as my Myspace profile would attest to, since I only hang onto it for band updates and concert announcements) I thought I’d highlight an album which I have fallen in love with…all over again. It is McCartney by Paul McCartney from 1970.

McCartney was Paul’s first solo album, and it was released one week after The Beatles officially disbanded. It was in production at the same time as their “Let it Be” album, as tensions between bandmates were tearing the Fab Four apart. It shot to the top of the US Charts, and in the UK was second only to Simon and Garfunkel’s “Bridge Over Troubled Water,” which remained at #1 for 41 weeks.

According to Wikipedia, “With a raw honesty that had never typified a McCartney-related recording before, McCartney indeed has an unpolished sound; but its minimalist, intimate feel was – and remains – a refreshing change from much of McCartney’s more ambitious recorded works. It is notable for the fact that McCartney, a multi-instrumentalist, performed the entire album (all instruments and voices) by himself, except for some backing vocals from his first wife, Linda McCartney. McCartney stated that he played “bass, drums, acoustic guitar, lead guitar, piano, Mellotron, organ, toy xylophone, and bow and arrow” on the album. Notable, also, is the use of a large number of instrumental tracks.

I first started putting this album (yes, the vinyl) into heavy rotation in 9th grade when my Beatles obsession began. I clearly can recall the first day I listened to it….what I was wearing, what my bedroom smelled like, and how each song made me feel. McCartney has a different feel from any of Paul’s work with the Beatles. It includes several instrumental tracks, including “Singalong Junk” which may be the original karaoke love song. I consider “Maybe I’m Amazed,” a beautiful love anthem written to his first wife Linda, to be my favorite song of all time.

Here is the video for Maybe I’m Amazed: