During my Junior year at Murray High School, I was a part of the school’s television production crew, SpartanVision (aka SVTV). Each morning we had to be in Mr. Pond’s room at 6:30 am to prepare for the broadcast at the end of 1st period. We had rotating responsibilities each week: camera, editing, script writing, commercials, footage, and talent (aka host, on-camera personality, anchor) My favorite part was when I was on talent, being the bright and smiling face of MHS, before and after Channel 1.

While I was in HS, I was OBSESSED with the Beatles. It was the mid-90’s and The Beatles released their three-part Anthology. I knew all their songs, incorporated song lyrics within my normal daily conversation, watched “Help!” at least once a month, and learned many of their songs on piano and guitar. My nickname was the “Beatles Guru” and I always made sure to request a Beatles song at stomps and stake dances.

In the summer before my Junior year, the SVTV crew spent a week at the school getting acquainted with the production equipment. I had come up with an idea to make a Sgt Peppers Lonely Hearts Club band intro, but to replace the heads of the people in the picture to students and teachers from MHS. I had talked to some other people on the crew about it, but nobody seemed very excited. This was in the very early days of Photoshop, which I had no idea how to make it happen electronically. I was, however, an major scrapbooker. I used my dad’s archaic copy machine, made numerous photo prints at Costco, copied, pasted, and tried to make a replica worth sharing. 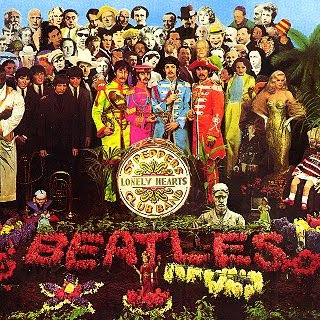 It ended up being a big waste of time, and I eventually gave it up (despite my many hours of valiant effort.) My senior year, I decided to become involved in MHS’s handbell choir, which meant that I had to take early morning seminary. Early morning seminary meant no Spartanvision. I was really bummed, but c’est la vie.

During my senior year, a photo showed up on SVTV and my jaw dropped to the floor. A replica had been made of Sgt Peppers with MHS faces. I couldn’t believe my excitement…until I realized that I wasn’t included in the photo. Mathew, a SVTV member, had worked on this tirelessly, and did a pretty awesome job (especially for 1998 photo editing standards) But to be honest…I was really upset with him. Not only had I endured a variety of cruel teasing by Mathew and the rest of the SVTV guys, I was mad that he stole my idea. For 11 years, I’d harbored a grudge against Mathew. With all the teasing, I thought he’d specifically omitted me from the picture. When I uploaded a bunch of high school photos onto Facebook last month, I’d left a snarky comment about Mathew leaving me out. After a few emails, he did agree that the concept had originally been my idea, but he didn’t think I’d taken much interest in the project. I ate my words as he had no idea how much the project had meant to me. Mathew apologized and created a new version of SVTV Peppers, just for me. Can you find me? 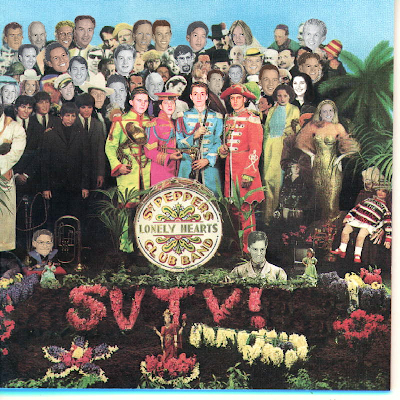 Thanks, Mashew. You totally made my decade. 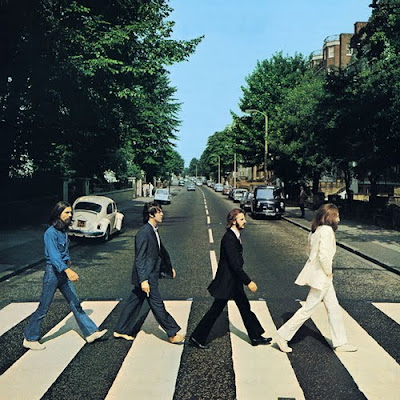