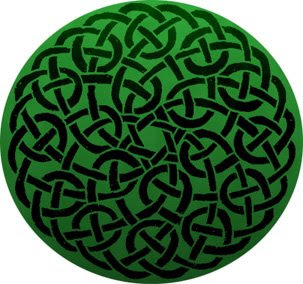 These past 4 days I’ve been exploring Boston, except for my Saturday tonsillitis detour. Cola and I have been escorted around Beantown by the Bawston Strangla and Shaymin, both hip hop musicians, as well as spending lots of time at the Dedham Fairfield Inn with Terawrizt and Lethal Dialect, musicians straight from Dublin. I knew that coming on this trip would be an adventure, not only by touring it by people intimately knowledgeable on the area, but living a little bit of the Irish Boston lifestyle. I’d had a taste of Boston the previous week with Rosie, but it was basically a two hour walk around Boston Common and an adjoining pastry shop.

My flight arrived on Thursday night around 11:30 PM, and I was picked up at BOS-Logan by Strangla and Cola. Strang drove us through the Boston theater district (which 10 years ago was NOT a safe place for a beautiful woman to walk through at night.) We got slices at the New York Pizzeria, and headed to Dedham for the night. Cola and I spent the evening in the lobby with Shaymin, Lethal, and Tera. I stayed up till 3ish, and headed to bed much earlier than the others.

Friday morning was at the hotel lobby again. We didn’t have an easy mode of transportation since we were relying on Strang and Shaymin’s cars. The four of us walked about 20 minutes to a shopping center where we looked around for “trainers” (sneakers) for the boys, and ate lunch at Panera Bread. On the way back, we stopped at Costco for berry smoothies from the snack bar. While at Costco, Cola bought large bottles of Crown and Jack Daniels (that was roughly the size of a gallon). Once we were back to the hotel, the shots of Jack and Coke were shot like crazy till late afternoon when Strang picked us up. He drove us around Boston, giving us the tour of Boston University, Fenway Park, and walking down the Charles River. He drove us back to Dedham, and the others spent more time drinking until Shaymin arrived. We had dinner at Vinny T’s, the authentic Irish restaurant adjoining the hotel. The pizza and pasta was fabulous, and I watched as the others consumed more beer. We went with Shaymin to the premiere of the new Joey McIntire movie, “On Broadway.” It was a fabulously executed movie about Irish family life in Boston, taking away a lot of the cliches that I’d previously attached with Beantown. I really recommend it. After the movie, we went to Club Luna for about 45 minutes. Since Lethal is underage, he waited at the entrance as we watched DJ Drama’s performance and did some dancing. Again, I went to bed earlier than the bunch, feeling a little under the weather.

When I woke up Saturday, my tonsils were enlarged so much that I could barely swallow. My ears ached, I had a temperature and body aches, and I was wheezing like crazy. Since Taylor had been sick for a few days, I was worried. I looked into urgent care options in the Dedham area, and my only choice was an ER in Norwood. Unfortunately, without a car, the cab ride would be $25 each way. I finally got in touch with my doctor in Michigan, who called in a Z-pak and albuterol for me. Tera and Lethal chivalrously trudged through the snow to the pharmacy to pick up my meds, and came back with takeout pizza from Vinny-T’s. I spent the majority of the day in bed sleeping, and didn’t leave the hotel until 9 PM when Shaymin picked us up for chinese food at Tahiti restaurant.

The next morning I was feeling significantly better. After so many times being stranded without a car, I knew a rental car was in order for the rest of my trip. Cola and I took the commuter rail into South Station (where I picked up a rockin’ Boston hoodie). While on the train, we were bombarded with green-clad, already drunken people en route to the St. Patrick’s Day parade. It was a wild bunch, and I took lots of people pictures, just to prove how crazy it was. We connected onto the Silver Line metro into Logan airport. Next, we were picked up by the rental car agency shuttle, and haggled the counter agent into an SUV for $7 more than the compact car price. We drove out in a shiny new Nissan Murano. With our newfound vehicular freedom, Cola and I drove to Cambridge. We drove around MIT and Harvard, snapping pictures out the window. Once back at the hotel, we primped up for the big show at the Midway, where all of our boys would be performing. The show was less than ideal…I didn’t like the venue or the set up of the all-ages and 21+ show split, but the talent was real, and it was fun to come out of my shell for a music genre that I usually ignore. But the illness of the night before caught up to me around 11pm, and I headed back to Dedham and fell asleep quickly.

This morning I was ready to leave hours before the others, so I drove around the immediate area, seeing if I could score a better green shirt than I was already wearing (didn’t happen.) We took the Dublin boys to Chili’s (which they hadn’t even heard of), then headed towards Boston. We explored the same Irish cemetary I’d found the week before, downtown Boston, and then another jaunt to Cambridge. I successfully navigated myself back on side roads, including the infamous Jamaicaway.

Boston around St. Patrick’s Day has not been the jolly fun time I expected, but I’m really glad I went. Tomorrow I will head home to my comfortable environment, the sadder by wiser Nicole. I have had experiences that I will never forget, and I’ve bonded with Cola so well.