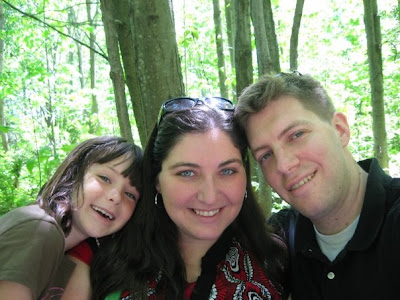 I’ve been behind in my blogging for a while! I’ve been on two awesome trips in the last week and a half, which I need to give the run d0wn in case I otherwise don’t blog about it.

California: I flew out of DTW Friday evening. The flight loads were pretty iffy, but a three hour flight delay got me a seat on the flight to LAX. I arrived in LA around 11:30, picked up my rental car and met Liz for fresh strawberry donuts in Glendora. I got in at the in-laws at 2:00 am, and was up again at 7:30. It was a super-hot, sunny day (over 100 degrees!) I visited with Lissy and Tyler, who are expecting twins this August (if not sooner). I did a little gift shopping, grabbed some In-N-Out, and rifled through the sweltering hot shed looking for my high school scrapbooks (no luck). Liz and I drove to Pasadena, indulged in marzipan princess cake and rum rolls at Federicos and continued on to the Huntington. The gardens were beautiful and relaxing.

After returning from Pasadena, I visited with my in-laws who had returned from a funeral. I grabbed a 20 minute nap, then drove out to Rancho Cucamonga for Chris and Mary’s wedding reception. The ring ceremony and reception was beautiful, and I ran into a lot of friends I was hoping to see. I then drove over to Brett’s to his Syttende Mai Norway party. I toasted to Norwegian toasts, and grabbed a plate of Scandinavian desserts to eat on the way to LAX. I dropped of the rental car around 11:30, and made it on the 12:30 flight no problem. Total time in California: 25 hours.

Upstate New York: Since Taylor was hired by the airline, most of our travel has been by airplane (except for our cross-country moving trips). Taylor, Rosie and I had the same three days off for Memorial Day, and despite $4.19/gallon gas prices, were itching to take a road trip. We left around 9 am, endured a 80 minute border crossing at Port Huron, drove through Ontario, Canada to Niagara Falls. We balked at the $20 parking fee to be in the closest lots to the Falls, and drove down the road to a $10 lot with shuttle service. The falls were beautiful and super misty, and a large rainbow stretched across much of the area. We got lucky with the Niagara border crossing, only having to wait 3 cars to enter the U.S. again.

We drove on to Rochester and met up with my old friend Alan, and his girlfriend Liz. We got reacquainted at his place, then drove downtown for dinner. The restaurant had an hour wait, so we drove to High Falls in the meantime.We returned to the restaurant and ate at Dinosaur BBQ, one of the best BBQ I’ve ever had! Alan also took us for a tour of his laser laboratory at the University of Rochester, where he is working on his PhD.

In the morning, we drove to Palmyra to see the church history sites. We hiked the Moroni Monument, watched a movie in the visitor center, toured the Joseph Smith and Frame homes, enjoyed the Sacred Grove, and finished at the printing press downtown. The drive back to Rochester criss-crossed the Erie Canal several times. We took Alan out for lunch at The King and I Thai, then hit the road back to MI. The best part of the return trip was the clear view of Toronto for much of the drive from the border to Hamilton. Someday the trip will be specifically for Toronto! We arrived home at midnight. Total trip time: 39 hours.