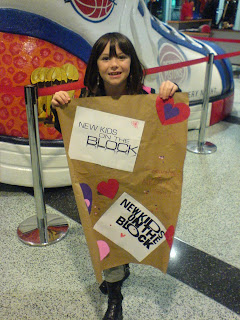 Rosie had such a blast getting ready for the concert! I let her wear her sparkly shirt, makeup, and jewelry. She made the poster, but unfortunately the ticket-takers said no posters were allowed, so we had to put it back in the car. 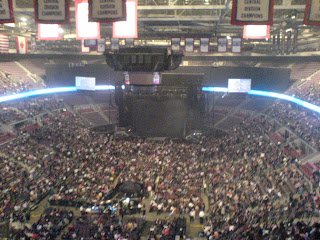 I was actually pretty impressed with the Palace at Auburn Hills. It looks like it probably received some recent upgrades, because there are restaurants and more-modern-looking features than some other arenas I’ve visited. This pic was taken between Natasha Bedingfield and NKOTB. 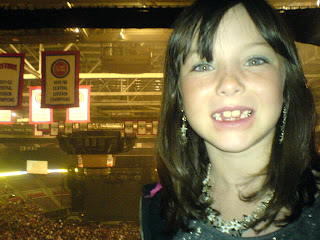 Look at my grown-up little girl! She says that Joe is her favorite. Probably because I showed her the original video to “Please Don’t Go Girl,” where Joey is only about 3 years older than she is now. 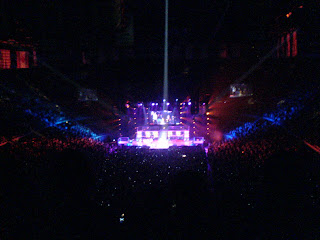 Even with all the concerts I’ve been to, I have to rate this as one of the most entertaining. It brought back so many nostalgic memories, and I created some new ones with Rosie. The lady sitting next to us couldn’t believe that Rosie knew the words to so many of the songs! 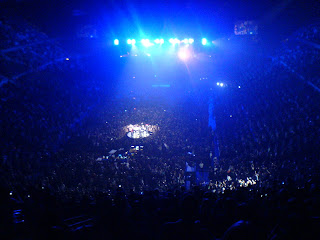 There’s quite a few videos on YouTube from this concert tour, including I’ll be Loving You Forever, Step by Step, and bare-chested Jordan singing Baby I Believe in You.