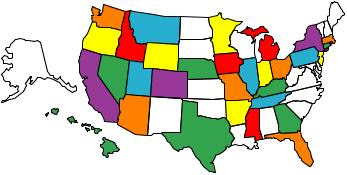 I’ve loved travel since I was a little girl, but most family vacations were spent traveling in a car between Portland and Salt Lake City (the two places that my extended family lived) I got to know all the stop major stops along the road on I-15 and I-84 from repeated trips in Oregon, Idaho, California, Utah, and Nevada. For instance on 1-15:

My first airplane ride was when I was approximately Rosie’s age. I lived in Portland, and my mom bought some plane tickets off a friend to Salt Lake City (United Airlines, connecting at SFO, I believe) I remember my mom had me memorize the name printed on the ticket so we didn’t get caught (back before all of the TSA identification guidelines) For years, I wished and hoped to go on an airplane again.

For my 15th birthday, all I wanted was to.visit by air. I pooled gift money from my parents, grandparents and friends for an unaccompanied ticket from SLC to PDX. I still have my Delta boarding pass from that flight. Over the next decade, I flew a variety of times, always mesmerized by the thrill of the takeoff, the gorgeous views, and the lingo the crew used.

When my husband made the decision to pursue aviation for a career, I was thrilled for all of the travel opportunities it would afford my family. I tried to ignore the financial consequences of his extremely expensive education, and thought instead of the great time we’d enjoy in his cushy career. We now know it’s not all that cushy, but it does have it’s perks. It’s now been over 5 years since he first took flight in a Cessna, and I’ve flown more in that time than I would have in a lifetime if he weren’t a pilot. (In 2008, I flew non-rev nearly 50,000 miles)