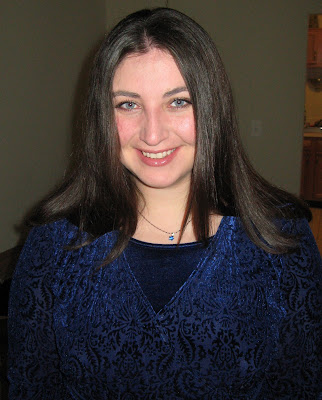 This morning is the first time since December that I got up, did my hair and make up, and dressed myself in business casual. I did my last resume revisions, filled up the gas tank, and drove to Ann Arbor. I gave myself an extra hour to get there, just in case random road hazards or parking situations came up. So I arrived in the UofM parking structure at 10:06 for an 11:00 interview. I listened to some Colbie Caillat on my Ipod to pass the time.

The first interview was in Thoracic Surgery. I could tell that the two ladies interviewing were both impressed and entertained by me. The job would be a direct secretary and assistant to a surgeon just out of his residency, plus one other surgeon that would be starting in July. I’d be planning travel, reconciling expense reports, coordinating his surgical and clinic schedules, and transcribing consults. It’s a lot of independent work, and the surgeon expects 100% effort 100% of the time. I also met with the department administrator, who told me she was pleased with my qualifications and would be contacting my references.

I had an hour to kill before my next interview, so I chilled in the cafeteria with my bagel dog and Tazo tea. It was fun to watch the full spectrum of diners…students, doctors, patients, techs, and important people in fancy suits. I could tell UofM takes a lot of pride in is Ultra-Academic environment, and I know I’ll love being a part of it.

My pathology interview was at 1:00 in the path conference room. I first chatted with Craig, who just barely was promoted to anatomic pathology supervisor. He looked like he was about 25, but when he said that he had 16 years of path experience and a double-masters degree, I figured it was just his dual ear piercings that threw me off. I also met with Beth, who was the AP Manager. The synergy of the interview was great. They were grinning from ear-to-ear, and skipped over the lame, stock HR questions…saying “We already know that you’re a pro at that.” It was awesome that they were already familiar with Dr. Geyer’s publications, and they said it wasn’t necessary for me to name drop Dr. Warren for them to be impressed. I left the interview feeling warm and buzzy.

I made a few phone calls to give the dish on my interviews on my way home, then threw my phone on the couch when I got home to take a nap. When I got up 45 minutes later…
I had a voice mail from Craig saying that he was very interested in hiring me, and I just needed to finish up some pre-employment junk with HR before he could extend a formal offer. I set up my PEP interview for Thursday, and I should have the details on the formal offer by the end of the week.