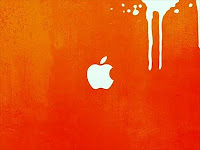 I just downloaded the new version of iTunes. One of the new features is called Genius – you select a song you like, and Genius will scan through your library to find a custom playlist similar to the song you chose. I’ve made quite a few Genius lists, and everyone has been spectacular! Here are a few examples- I entered a song I love, and these artists were immediately linked:

Some of the combinations may sound odd at first, but it matches upbeat songs to others upbeat songs, and ballads to ballads. It’s apparently based on feedback from listeners in the iTunes store, for what songs other people purchased. You can also link it up to purchase new stuff, but since I’ve got over 900 albums in my iTunes (yeah, I know I’m insane!) it helps me rediscover songs and artists I haven’t listened to in a while. It doesn’t always work like magic, but it’s worth a try!