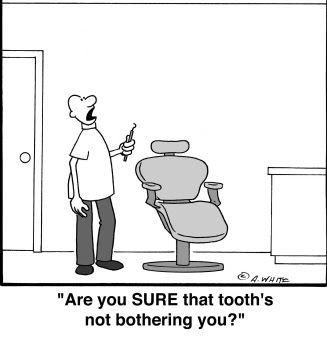 The past few days have been somewhat miserable for me. Anyone who’s read my blog for a while knows that I’ve had a ridiculous about of dental work and other tooth woes: crowns, root canals, periodontal work, the Cerec fiasco, etc. Last week I went to a new dentist, who informed me that two recent crowns would have to be replaced due to shoddy work, and one would need an implant. He also suggested to crown a molar that had an old gigantic amalam filling. I was bummed that I needed to have so much recent (expensive) work replaced, but I’m kinda used to it. 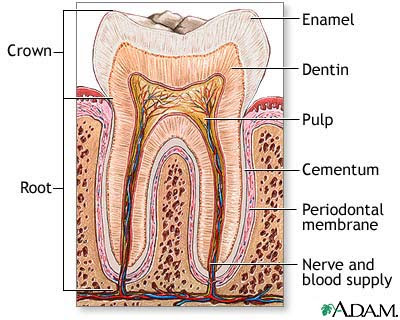 On Sunday night, after returning from my quick trip to Florida, my upper left gums and molars started throbbing. I was in an immense amount of pain, and I had no idea why (because all of the work scheduled was on my right side). Through the night, I used Orajel, Lortab, and many ice packs to try to take down the pain level. Between 2 am and 8 am, I only dozed off a few times because I hurt so bad. Despite my perpetually sore back, that pain had NOTHING on my jaw.

I called the dentist’s office as soon as they opened, and they got me in a few hours later. After a round of x-rays, he informed me that I had 4 abscessed teeth, with infection permeating both my upper and lower jaw. The two worst teeth were ones that had ceramic crowns, so he drilled them and did two pulpotomies. He handed me a prescription for Amoxicillin and told me to come back on Thursday to complete the root canals. He hoped that the other infected teeth would improve with the antibiotics, and would not require invasive treatment.

Over the past three days, I’ve been miserable. Not only was I dealing with the dental drama, I had a little mishap at physical therapy on my back. I finished an hour of electrostim and traction, and as I sat up, my hip popped about 3 cm out of place. My physical therapist did some manipulation and nearly and hour of electrical ultrasound to get me to the point I could walk. I still feel like a disconnected insect. Or a bowlegged cowboy.

Luckily, Taylor was home for a few days to take care of me. He replenished my ice packs, made sure I took my meds on time, prepared soft foods and offered general support and entertainment till he had to fly back to Memphis yesterday. Just before heading up to SLC to drop him off at the airport, I started getting a fever and body aches. By the time I dropped him off, my fever was up to 103*. My face was so hot, I felt like I could fry an egg on it. Something tells me the Amoxicillin wasn’t strong enough.

I have my appointment for the root canals this morning, right after the office opens. I have a sneaking suspicion that they will postpone the root canals, and send me straight to Urgent Care.