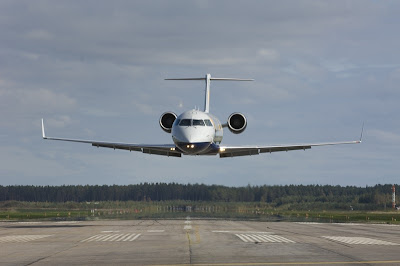 My pilot wife friend Melissa tipped me off on this upcoming Frontline special: Flying Cheap

The crash of Continental 3407 outside Buffalo last year, killing all on board, was big news, as any commercial crash is. But like many who were fortunate enough not to be touched personally by the tragedy, what most caught my attention was the news that followed. The co-pilot had been making less than $16,000.

While I knew the airline industry had been struggling through tough times since 9/11, I sure didn’t know that some of the folks that fly me around are working second jobs and overnighting on lounge room La-Z-Boys. And I didn’t know that regional airlines, once thought of as puddle-jumpers, had grown so fast that they now account for more than half the nation’s daily departures. We are on our way to becoming a regional airline nation. (more »)

If you missed this big industry shift, that’s understandable. Most flights today still carry the codes and colors of the major airlines. But over the past decade, fewer and fewer of the majors are actually flying those planes. That job is increasingly outsourced to small regional companies with names most of us hardly know. Continental 3407 wasn’t flown by Continental, but by a company called Colgan Air.

The rapid growth of airline outsourcing is part of a fiercely competitive industry that keeps airfares affordable for many. And that’s good for consumers. But the crash of 3407, and the year-long investigation that has followed, raised significant questions about the safety practices of regional operators like Colgan. So it seemed a good time for FRONTLINE to journey into the world of the regionals and see what the insiders had to say.

In this clip from the film, you’ll hear about the lives of regional pilots, crash pads and the pressures that outsourcing brings to bear — “pilot pushing” as its called in the industry. Two former Colgan pilots agreed to speak publicly for the first time, and so we flew to California and sat down for long, amazing interviews. While their stories were in many ways surprising, we knew they weren’t unique. We’ve spoken with many regional pilots, both former and current, and most all shared similar concerns about what’s happening in the airline industry.

The full expose will be showing on February 9th. But even from this 10 minute snippet, you’ll see and hear some pretty harrowing facts…poverty wages for newbie first officers, crazy crowded crashpad conditions, the realities of duty time vs paid flight time, company efficiency quotas, the reasons why so many people commute. I’m a little perturbed that the video infers that all regional pilots are low time and underexperienced…but that’s a pretty common media angle.

It will be interesting to see if the special mentions anything about pilot families, and how the commuting lifestyle affects family life. I don’t deal with the physical fatigue my husband experiences after his fourth 16-hour day in a row, but to say I’m immune from emotional fatigue would be false. I do know the existing duty FAA guidelines are currently under revision, and things can’t stay at the status quo much longer. And this includes bargain-basement airfare.

And now for some light entertainment…