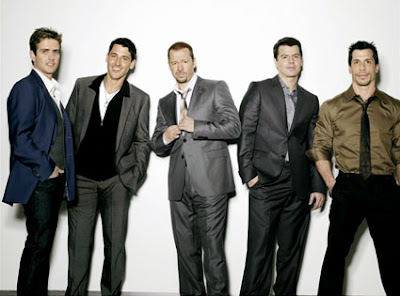 Ever since I heard about the New Kids on the Block reunion tour, I’ve really wanted to go to their reunion concert. My first concert, February 14, 1991 was NKOTB at the Memorial Colosseum in Portland, OR. I’ve never denied how much I love NKOTB….even as embarrassing as that may be. I’ve debated and debated over if it’s worth the cost that a pair of tickets would be…as Rosie has already been tainted my my teenybopper obsession and can sing along to about 10 of their songs. Then I heard the date, and connected that it was the same day as Rosie’s Halloween carnival at school. I downloaded “The Block” this week, and very surprised at how much I liked it. But this morning, there was a commercial on the morning news…saying that the NKOTB concert was on Saturday, not Friday. Suddenly the option to go is available again, since the carnival is tonight. Should I do it?