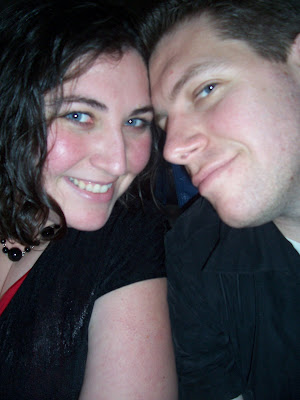 A few months ago, the radio station I listen to had a contest called Lovers in Japan : tickets to see Coldplay in Tokyo on Valentines Day. Needless to say, I didn’t win the contest, but it did get the wheels spinning to do something special this year. Taylor’s February schedule gave him 2.5 days off for the V-day weekend, so it sealed the deal. We would have a Valentines Date away from ATL. It would be the first trip Taylor and I took away from home, just the two of us, since our honeymoon in 2004. Some friends from our new ward agreed to watch Rosie for us, and we were off to Memphis, TN!

We flew into MEM Friday night. We picked up our rental car and drove across the Mississippi border into South Haven. We got dinner and dessert at O’Charleys. The caramel pie didn’t live up to my expectations, but the mural on the wall was pretty cool. After dinner, we headed to our hotel. We got a great rate at the Fairfield Inn…but I won’t fill you in on the sordid details of our hotel time 😉 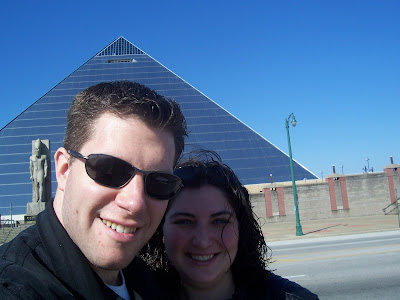 In the morning, we had our free breakfast. I like staying in Fairfield Inns because they have comfortable beds, and good hot breakfasts! After we ate, we checked out and headed into town. We stopped at the Memphis Pyramid – it was build with hopes of being a destination convention site, but as far as we know it sits vacant as a spot for photo ops. 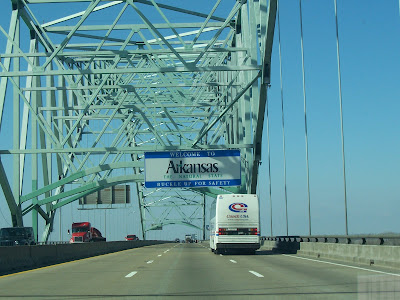 Then we crossed the bridge over the Mississippi River into Arkansas. I have never been, and really don’t have reason to. We just went so I could cross it off my U.S. map. 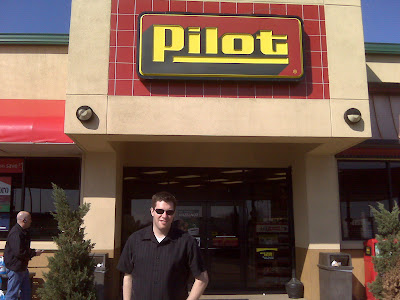 We stopped for drinks at the Pilot. I made him pose for this shot. He wasn’t amused. 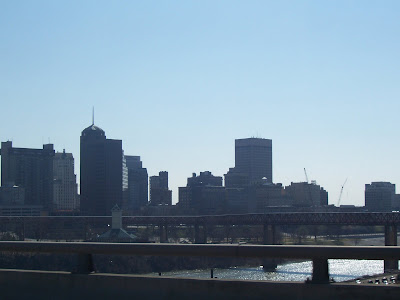 Then we drove back across the MS River back into Memphis. The city is definitely more interesting coming in from AR than it is from the suburbs. 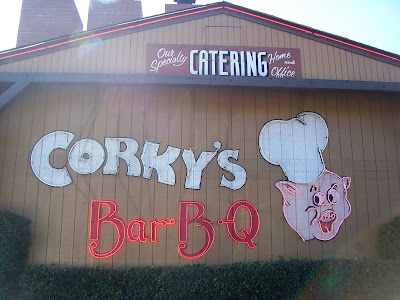 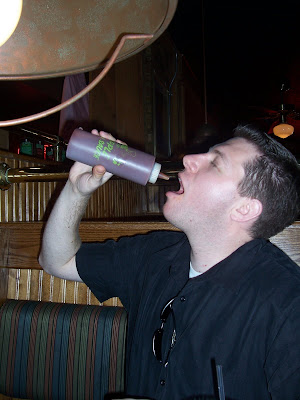 More than anything, we love the Apple BBQ sauce. We could drink it straight! (At least, I would) 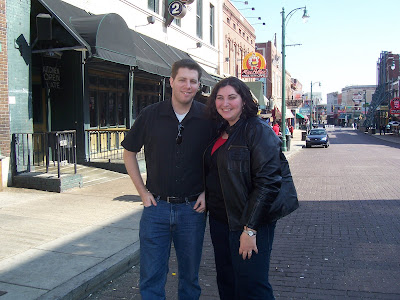 Next we went to Beale Street…which is what Memphis is probably most famous for. We were immediately greeted by a drunk wino asking for money. I immediately slung my purse over my shoulder, inside my jacket. that’s why my butt looks bigger than usual in this pic. 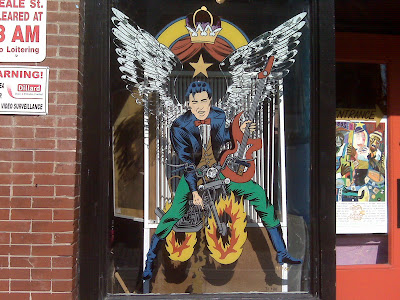 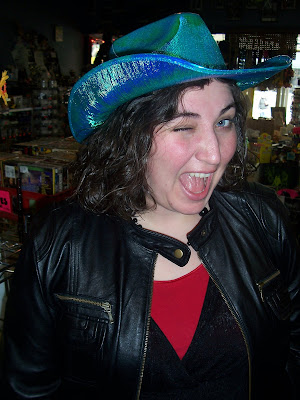 What do you think, can I pull off this look? 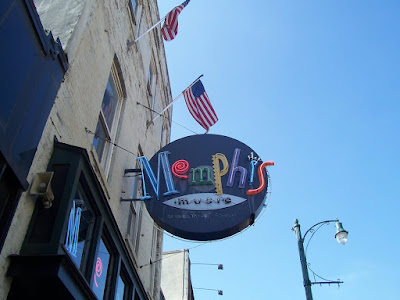 There were blues bars a-plenty, but none were offering daytime karaoke (much to Taylor’s relief) 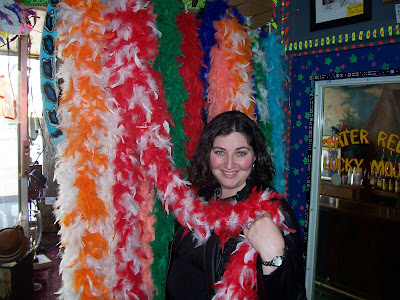 Boas a-plenty! I chose the red one for Valentines Day (don’t worry, I didn’t buy it) 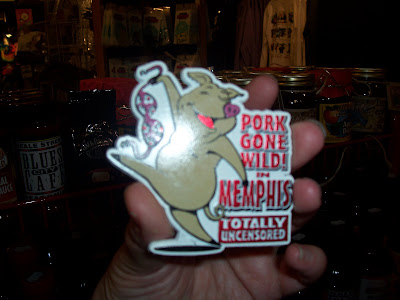 Who wants some totally uncensored pork? 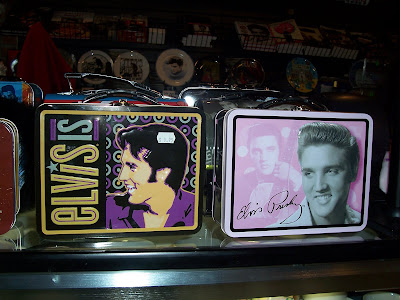 More Elvis paraphenilia than you’d ever care to find. 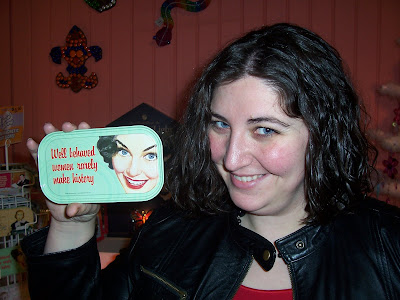 This is my favorite find of all the kitschy stores: A tin that says “Well behaved women rarely make history.” Appropo, no?
After Beale Street, we drove back to the airport, turned in our rental car, were harassed by rude TSA agents (who threw my lingerie out for all to see, and made Taylor check his bag for no good reason…even though he had his crew badge). We flew back on the 3:40 flight, and were home for a quiet evening with Rosie by 7:00 pm. Memphis, I’m sad to say, is probably not a place I’ll visit again (other than Corky’s) but we had a great, memorable time.